“Medicinal mushrooms have been shown to have immunomodulating effects, meaning they help keep the immune system in check, stimulating it when there’s something to fight and down-regulating it when it’s overactive”

The role of the immune system

If you’ve ever had a fertility treatment with me, 9/10 I will have mentioned how important the immune system is when it comes to conception. Notably, a proficient immune response is responsible for successful implantation. In addition, having a functioning immune system can help curve the deleterious, physiological effects of auto-immune conditions and the cascade of inflammation that ensues.

There is a growing research of evidence that suggests low level/mis/undiagnosed immune dysfunction can be one of the biggest causes of recurrent miscarriage and offer an explanation for the vast number of “un-explained” sub-fertility diagnoses.

So what role do mushrooms have to play in fertility and immune balance? Medicinal mushrooms have been shown to have immunomodulating effects, meaning they help keep the immune system in check — stimulating it when there’s something to fight and down-regulating it when it’s overactive (e.g. allergies and auto-immune conditions).

More specifically, new research shows that medicinal mushrooms can actually modify cytokines, which are both pro and anti-inflammatory messengers secreted by immune cells. Mushrooms can help to reduce the inflammatory response caused by these pro-inflammatory cytokines and allow for T cells, B cells, and antibodies to work more effectively.

WhAT ARE MEDICINAL MUSHROOMS AND WHAT CONDITIONS CAN THEY HELP WITH?

We’re not talking any old mushrooms though, like the ones you throw in your stir fry or have on toast. Specific mushrooms are considered to be super-foods or “medicinal”. The most popular and well researched include mushrooms such as Shiitake, Maitake, Lion’s Mane, Chaga, Hen of the Woods and Cordyceps.

The majority of research has currently been done on supporting cancer patients and their capacity for enhanced efficacy of chemotherapy drugs when combined with taking these mushrooms. There is also plentiful research for their help with allergies, cardiovascular benefits, neuro-regenerative capacity, libido boosting, mood and hormonal balancing qualities.

The use of mushrooms in medicine is not new. Penicillin, a life saving anti-biotic created by Alexander Fleming, is made up of the spores of fungus. Statins, our most widely used prescription drug for lowering cholesterol, was founded by Akira Endo, a young Japanese biochemist who used a fungal relative of the organism responsible for the blue in blue cheese and the fungal mats that grow on old oranges (Penicillium citrinum). The list goes on… For this reason, we could arguably say that medicinal mushrooms really are magic by sheer reflection of their incredible health benefits.

Medicinal mushrooms contain active properties such as polysaccharides, triterpenes and other phenolic compounds which exert a powerful impact on immune cells.  More specifically, they help to promote a shift in the pattern of immune response from a pro-inflammatory, Th2 dominant which is the case in all chronic, auto-immune or immune sensitive conditions, to an increase in Th1 cytokines.

But what is Th1 and Th2? They refer to the yin and yang of the immune system – the calming, down-regulating aspect (Th1) and the very immune reactive aspect (Th2). When either of these are dominant, they can cause serious health issues. Imagine never having an immune response as your immune system was so depleted (Th1 dominant) or constantly feeling like your body is fighting something/itself with no justified cause (Th2 dominant). In a balanced state, the immune system is able to maintain an equilibrium between Th2 and Th2 mediated immune responses.

The balance between these two immune responses appear to play an important role in immune regulation with a number of chronic disease states including cancer, allergies, asthma, auto-immune conditions, endometriosis, PCOS and recurrent miscarriage, as they all exhibit elevated levels of the cytokines (chemical messengers) characteristic of a Th2 dominant immune response. The immune system has become locked into a Th2 dominant pattern with increased levels of inflammation, metabolic activity and, reduced cytotoxic (Th1) activity.

What are the causes of this?

Simplistically, we can look to our internal environment tipping us out of balance. What does this mean? Stress, elevated levels of cortisol, toxic environmental exposures, inherited toxic load, dental health and heavy metal exposures, amongst other things. It’s no longer enough to say that genetics are to blame for the development of chronic immune dysfunction as our genetic code needs a trigger and we often hand it the loaded gun with the way we treat our body or what we expose it to, often without even knowing.

Supplementation with mushroom polysaccharides shows a clear shift in immune balance towards Th1 and suppression of the Th2 cytokine production.

These immune imbalances don’t always have to be so obvious though. For example, a low level Th2 dominant immune state might present itself as fatigue, reduced resistance to infection, depression and chronic low-grade inflammation. In this case, medicinal mushrooms can play an important role in the treatment to address this imbalance.

It’s important to note that quality varies significantly with commercially available medicinal mushrooms. To benefit from a high polysaccharide and triterpenoid content we must look for extracts from the fruiting body of the fungus itself rather than the mycelium (roots or network of fungi). Please check how they are prepared too as overheating will significantly reduce the bioactive, beneficial properties of the mushroom supplement.

Many capsules and supplements are shipped across the world in powder form as it is a more commercially viable way of transporting extracted products. This doesn’t just impact the efficacy of these supplements but there is a significant environmental impact of international product supply too.

Tinctures on the other hand have a longer shelf life than capsules, they provide a faster absorption rate, enable flexible dosage, and are easy to prepare by simply taking one squeeze of mushroom tincture twice per day either directly under the tongue or into a short glass of water. This is why we only stock Bristol Fungarium products. They are science led and all their products are tested in a lab before commercial supply to ensure they meet the “medicinal” stamp of quality.  They have a strong environmental backbone too so they therefore grow their own organically or source their medicinal mushrooms wild and locally (within the UK). It’s an exciting and pioneering small business here in the UK which I hope the provision of other supplements will soon follow suite with.

This category of mushrooms has a long, traditional history of use in the treatment of both male and female infertility. Studies show that they have the capacity to stimulate the production of sex hormones through activation of certain proteins in the body. In particular, studies have shown that it can increase the levels of Oestrogen (17beta-estrodiol) and therefore impact the quality of maturing eggs (or oocytes) in women. Animal studies have also shows that this strain of medicinal mushrooms can increase sperm quantity and quality.

In cases where infertility is associated with elevated cytokine and NK cell levels (Reproductive Immunology profile indicating Th2 dominance), Mesima (Phellinus linteus) has been shown to be effective in restoring immune balance at a dose of 3g/day.

Hen of the Woods

Where infertility is associated with Polycystic Ovary Syndrome (PCOS), restoration of ovulation was seen in 20 of 26 women given Hen of the Woods (Grifola Frondosa), with all 3 women who wanted to become pregnant able to do so.

Of course there are a huge number of other benefits beside fertility. Mushrooms have been shown to help a long list of common and chronic illnesses and ailments including menopausal symptoms, stress and anxiety, Alzheimer’s, cancer, IBS, chronic fatigue, diabetes, low energy, memory and cognitive function, immune function, amongst others.

Bristol Fungarium offer the following and cite their most commonly found benefits.

The name Chaga originates from the Russian word for mushroom (czaga), where it has been traditionally revered as a folk medicine for centuries to treat chronic diseases, infections and Gastrointestinal Tract (GIT) disorders, prevent the onset of degenerative diseases, used to boost physical stamina and attain long life. In the West, Chaga has gained an exponential growth in popularity for its antioxidant, alkalising, adaptogenic, anti-inflammatory, and cholesterol lowering effects – often hailed as the most nutrient dense superfood in the world.

In Japan, Hericium erinaceus or ‘yamabushiitake’ was named after the Yamabushi Buddhist Monks – wandering ascetics from the Shugendō spiritual tradition. Sometimes referred to as “nature’s nutrient for your neurones”, Lion’s Mane mushroom is most utilised for its cognitive benefits, supporting concentration, productivity, and mental clarity. It is also a great ally for your immune system and helps to support the growth of healthy gut flora.

The only UK grown organic certified Reishi mushroom tincture. Ganoderma lucidum is also known as the ‘mushroom of spiritual potency’ and the ‘mushroom of immortality, and in Traditional Chinese Medicine is thought to nourish all three ‘treasures’ – Jing (essence), Qi (vitality), and Shen (spirit). One of the most promising properties of Reishi is its anti-inflammatory capacity, as well as its adaptogenic, immunomodulatory, renoprotective, and hepatoprotective effects, potentially supporting heart health and helping us to adapt to environmental and psychological stress.

The only UK grown organic certified Turkey Tail Mushroom Tincture. Tramates versicolor has been utilised in Chinese Medicine since the Han Dynasty in 200 BC where it was thought to be most beneficial for spirit (Shen), and vital energy (Chi) – as well as strengthening bones and tendons, or as a treatment for respiratory conditions. We use a mix of wild foraged Turkey Tail and organic certified fruiting-body from our farm for it’s immune-boosting qualities and to aid healthy gut bacteria.

Hen of the Woods (Maitake)

The only UK grown organic certified Maitake mushroom tincture. Grifola frondosa, also known as ‘Hen of the Woods’, is one of the most promising medicinal mushrooms of all and has been used in Traditional Chinese Medicine for centuries. Maitake contains polysaccharides that stimulate the immune system, stabilise blood pressure & sugars, and have an effect on free radicals, vitamins B1 & B2 which assist in regulating the nervous system, and a high amount of Vitamin D.

The only UK-grown organic certified Shiitake Mushroom Tincture. Lentinula edodes are known for their beneficial polysaccharides, proteins, and vitamins – especially vitamin D – due to their high ergosterol content. The Chinese were first to use Shiitake for nutrition and healing, and in Chinese Medicine, it’s seen as a symbol of youthfulness and virility.

Find Out more about Supplements for Health 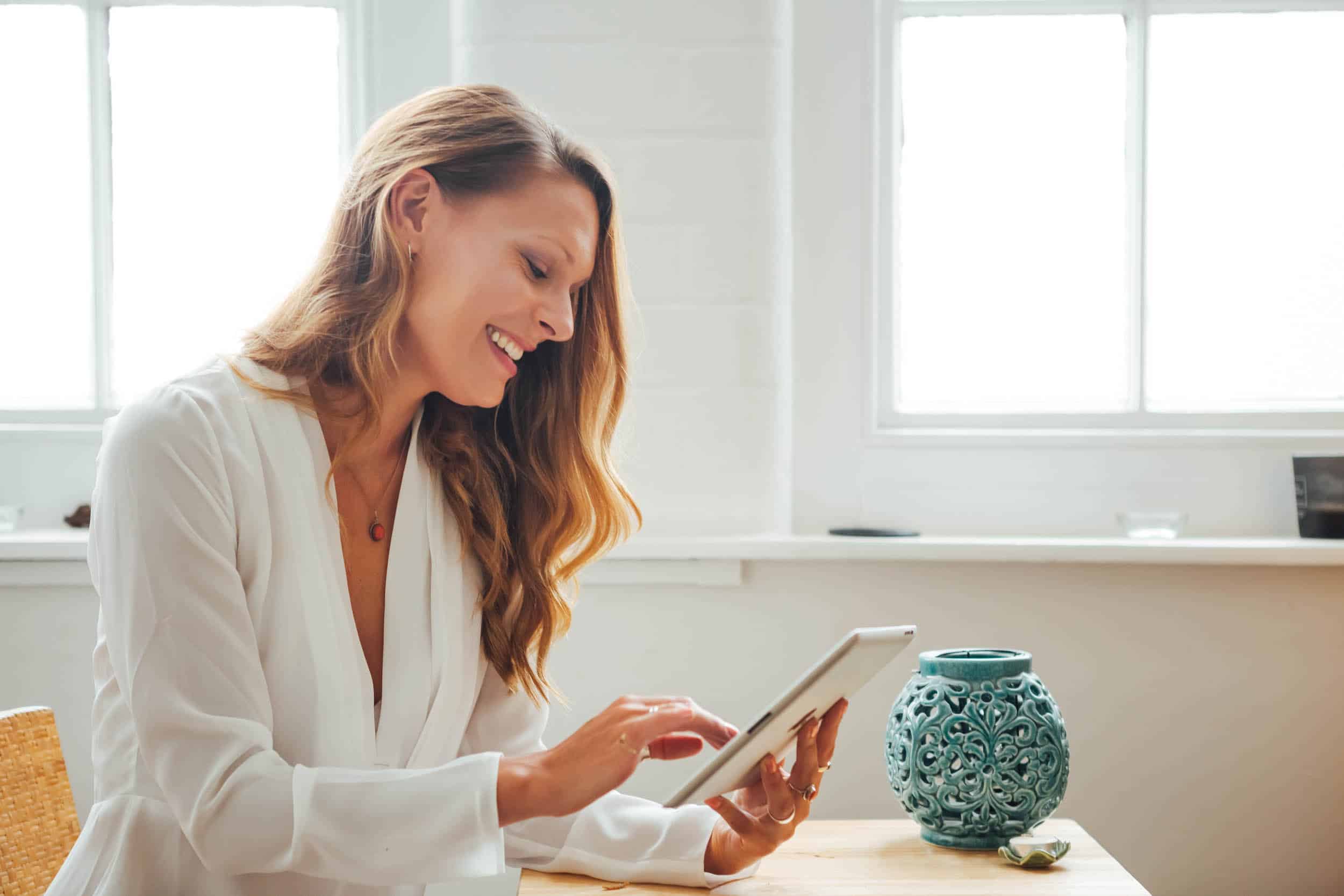 We are now taking new patients and offering a free 20 minute discovery consultation giving you an opportunity to speak to a practitioner and better understand how acupuncture may be able to help you.

We look forward to speaking with you soon :)